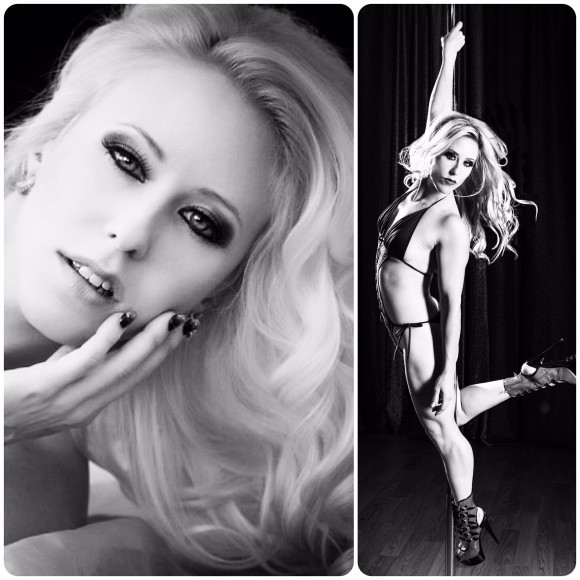 Pinup Pole Show joyfully welcomes Tiffany Rose Mockler to the March 21st cast!  Tiffany is a synchronized swimmer and pole athlete, touring with the U.S. National Team for Synchronized Swimming for 14 years and winning the 1999 U.S. National Championship.  Tiffany is also a pole champion, winning the 2012 Pacific Pole Dance Championship Level 2 and Silver Medalist in the 2012 Las Vegas International Pole Championship.  She took home Ink N Iron’s “People’s Choice” for The Queen Mary Pole Dance Championship Pro Division 2014 and the Best Unedited Video for Freestyle from PoleandAriel.com.  But she is an artist, too.  She is a recurring performer in the Poletential Air Show in Redwood City and the Volare Variety Show in San Francisco.  She was a featured performer in Alethea Austin’s “Live Dancing Girls” in Nashville, TN and was featured on the I.D. Channel as a pole actress on Season 3’s “Wives With Knives.”